Katrina Taylor, murdered in a Brighton graveyard in 1996, is no longer an unsolved murder. Well, according to Wikipedia it isn’t.

Someone – out there – has erased her memory from the list of unsolved murders in the UK.

This is very strange and very worrying.

This is proof, if ever proof is needed, that there is a cover-up at play in Sussex.

David Joe Neilson, who has been a thorn in the side of Sussex Police to over two decades, has campaigned to have Katrina Taylor’s murder reopened.

Essentially, he solved the Katrina Taylor murder by telling the police where the murder weapon was thrown by her killers; who just happened to base themselves in David’s up-stairs flat.

Even though four people were charged with her murder, no one to date has been convicted of her murder.

This had been stated on the afore-mentioned Wikipedia unsolved murder list, but has been mysteriously edited. I only wish I had taken a screen-shot to prove to you it was there, but of-course I never expected the evident cover-up to go so far.

We need to know by whom, Wikipedia was edited?

Back ground to the case.

Brother and sister from London, Simon and Neisha Williams were found not guilty, where as Fergal Scollan and Trevor Smith were found guilty; but appealed on 15th October 1998.

They were freed after a retrial at the Old Bailey in London during October 1999.

For legal reasons, Neisha and Simon Williams did not give evidence. Lawyers for Trevor Smith and Fergal Scollan successfully argued that there was no case to answer, and the judge directed that both men be acquitted of murder because of insufficient evidence.

Fergal Scollan had a charge of false imprisonment dropped. William Smith admitted the same charge and was sentenced to 30 months but walked free because of time served.

This tells us who her murderers are, and it also tells us that a cover-up involving the higher echelons of Sussex Police, local government and judiciary, are instrumental in freeing her killers and most recently, erasing her murder from the pages of history.

Someone connected with the murder and someone involved with covering up the murder has edited Wiki-pedia.

Make no mistakes, we know who killed Katrina Taylor and we know Sussex Police is protecting a known Crime-Lord called Mark Slade, and his gang of criminals who killed her. 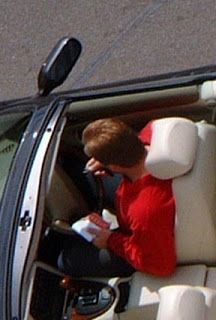 Featuring the best of the UK's satanic community.....

Responding to the Bullshit....

and there is plenty of bullshit about...

Investigating the stories too dangerous for mainstream media

Playing with broken toys : Poetry of the Damned

Things I want to say about this, that, and the other thing.

If you can't beat them join them!

-Reviews, Advice & News For All Things Tech and Gadget Related-

Saving Lives by getting you Laid!

Welcome to my Bubble!

For the attention of the Probation Service & Sussex Police

Not for public view - Private and confidential

Bringing Back the Past to Save the Future.