Following on from the successful conviction of paedophile monster Russell Bishop at the Old Bailey in London on the 10th December 2018; interest is growing for the reinvestigation of the unsolved murder of Katrina Taylor in 1996.

To understand what happened to Katrina Taylor in the fateful night of 4th July 1996, I would recommend you take the time to read the following investigation which explains it all.

With police forces across the nation always ready to reinvestigate cold cases on the basis of new evidence; as we have seen with a successful outcome in the Babes in the Woods case, and an unsuccessful result in the Suzy Lamplugh case; Sussex Police are find themselves under the spotlight, appearing to be reluctant to reopen the Katrina Taylor case.

While there is no “new evidence,” to be introduced to the case; an argument is being made that original evidence wasn’t presented to the original trial in 1997, which alluded to a fifth man being involved in the cover-up of Katrina Taylor’s murder.

In simple terms, the allegation against Sussex Police and the Crown Prosecution Service is that a main witness, a certain Mr. David Joe Neilson, wasn’t called to give evidence.

The public are left to make their own conclusions as to why?

Perhaps a criminal and corrupt element within Sussex police, conspired with a known Crime Lord to interfere with evidence, and reach a deal which allowed the killers of Katrina Taylor to walk free. 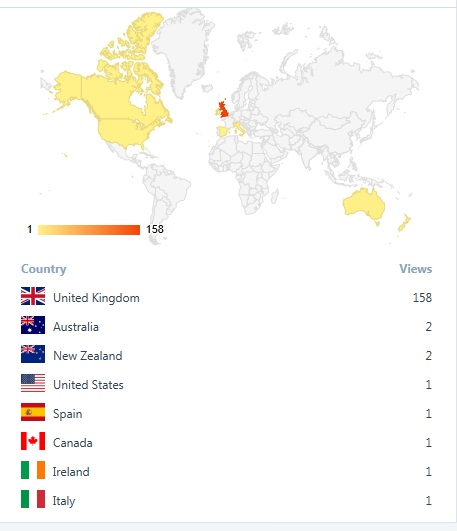 5 thoughts on “Momentum is growing for the reinvestigation of the 1996 murder of Katrina Taylor in Brighton.”

Featuring the best of the UK's satanic community.....

Responding to the Bullshit....

and there is plenty of bullshit about...

Investigating the stories too dangerous for mainstream media

Playing with broken toys : Poetry of the Damned

Things I want to say about this, that, and the other thing.

If you can't beat them join them!

-Reviews, Advice & News For All Things Tech and Gadget Related-

Saving Lives by getting you Laid!

Welcome to my Bubble!

For the attention of the Probation Service & Sussex Police

Not for public view - Private and confidential

Bringing Back the Past to Save the Future.